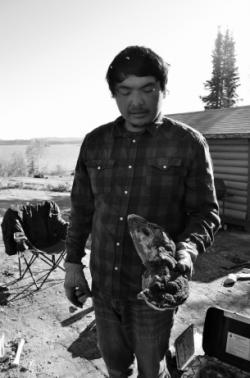 Born and raised in Behchokǫ̀, Mason Mantla is a Tłı̨chǫ citizen who is deeply connected to his community and culture. His educational experiences include graduating from Jimmy Bruneau Regional High School, courses at the University of Victoria's 2011 Summer Institute at the Centre for Aboriginal Health Research, and being part of the pilot semester at Dechinta Centre for Research and Learning in 2010.

Concerned by the problems and issues in his community and the health of the environment, Mason strives to make a positive difference in the lives of the Tłı̨chǫ people. Currently, Mason works as freelance videographer and entrepreneur. 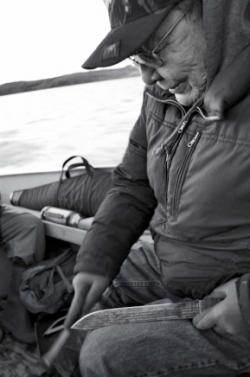 Over the years Mike has been very busy, some of his professional experience includes: working as the Band Manager, recreation coordinator and serving as an elected councilor and eventual Mayor for Whatì; working for the Federal Government as the Manager of the Lac La Martre Fisheries; working as a Correction Officer in Yellowknife; working for the Indian Brotherhood in communications; working for the Department of Public Works maintaining diesel generators in the communities; and working with the Department of Education as a School Committee Counsellor for 17 years at the Mezi Community School in Whatì.

Mike has been involved with some very important initiatives throughout the North, including: the first push to have daycares within the NWT, being involved as the Secretary of Negotiations for the Dene Nations, chairing meetings for the Treaty 11 Council – which involved translating and coordinating sessions for elders which was critical in ensuring that meetings were held and that decisions could be made, acting as a Board member with the Department of Justice addressing crime prevention - this resulted in such things as the Side Door for youth and Homes for the Homeless, sitting on numerous committees for the Department of Justice to address issues of unemployment, Mike was elected as the first Board member during a federal movement towards Cooperative Boards within the NWT – the Coop grocery store and northern images are two examples of the hard work of this Board that formed numerous Cooperative Boards throughout the NWT.

Mike enjoys facilitating workshops and helping people build their self esteem and live a better life.  He used to be a dog-musher and enjoys the opportunity to get out on the land whenever he can.  One of Mike’s most important philosophies is:

“Life is our teacher, we are just its students.” Mike Nitsiza

Rachel Crapeau has a long and distinguished career serving others through her public and private sector engagements. A life-long resident of the Chief Drygeese Territory and Yellowknives Dene First Nation member Rachel has the distinct honour of servicing her people in several capacities. As chair of the land and environment committee during a period of great change in the NWT with the opening of the territories’ diamond mines and the ensuing diamond rush that drew many exploration companies to the Drygeese Territory. Rachel’s keen sense of public service was called upon by the Yellowknives Dene to re-write and administer its new election code and in doing so ushered in a period of renewed confidence and energy in the political process supporting the notable achievements of the Yellowknives Dene.

Rachel’s keen intellect and curious mind have led her to pursue careers as a certified nursing assistant, a Film Canada Studio’s graduate, and as a journalist with the Canadian Broadcasting Corporation (CBC). Throughout her adventures Rachel has maintained her unshakable and unflappable Dene Identify bring humor and wit to her work and relationships. Being fluently bilingual in her Dene language and English, she has bridged the linguistic and cultural divide for her people and helped Dene and non-Dene better understand each other and shape their collective futures.

Supporting and documenting her peoples’ history and culture stands as a hallmark of Rachel’s work. From preparing traditional knowledge studies of the Drygeese Territory, to raising the standing and prominence of elders in regulatory proceedings, to planning, facilitating many Dene cultural programs, Rachel is a powerful voice of the past and a bridge into the future lives of Dene.

Her public mindedness and deep unwavering respect for the culture she was born into, and for all peoples has led Rachel to tackle some of the North’s biggest development challenges. In the face of a booming diamond sector, Rachel worked tirelessly for her people to ensure their views, voices and values were intrinsic to shaping the nature and pace of development in the Drygeese territory. Respected for her environmental expertise and traditional knowledge contributions, she was asked to serve as a board member of the Mackenzie Valley Environmental Impact Review Board and then as a member of the panel that approved the Gahcho Kué diamond mine

Throughout her life and career Rachel has shown remarkable energy, resilience and tenacity to serve all Northerners with dignity and respect. Firmly rooted in her Dene identity, Rachel has bridged cultural divides and brought shared understanding to some of the North’s most daunting challenges. 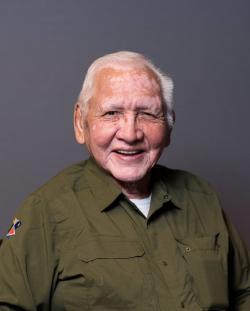 Alex Nitsiza has attained a wealth of experience in business and in economic development in the north, all of which he brings to his work as a Board Member of the WLWB. Alex has had a very distinguished working life and has been elected to many diversified community and regional positions. Currently, he serves on the municipal council of Whati, T.C.S.A. Board, and Trustee of Tlicho Capital Transfers Trust. For more than 20 years, Alex was the President of a successful family business in his home community of Whati. Prior to that, Alex held various finance positions with Government of the N.W.T. and the Federal Government of Canada.

Born and raised in Behchokǫ̀, NT. She was appointed to the Wek'èezhìı Land and Water Board by the Tłı̨chǫ Government in December 2021 for a three-year term.

From the age of 15 I was always moving away from home to attend school elsewhere. I only did 1 year of high school at Chief Jimmy Bruneau School and completed high school in Grande Prairie, AB. Being away from everyone I knew, taught me a lot of things. I had to mature and learn to survive on my own. My family was always there to support me but it was a different world for a young teenager away from home. In those times I learnt a lot about independence. I moved to Edmonton, AB in 2016 for 3 years and returned home to Behchokǫ̀.

After high school I started a career at a diamond mine working underground for 6 years. In those 6 years I’ve worked along side of mechanics and welders who taught me a lot about mechanical work and welding. My belief is that you can never have enough knowledge. There is always room for growth and improvement. You won’t know if you like something until you try. So, throughout my life I’ve learnt a lot of things from life skills to work skills. I spent a year and half learning to become a financial advisor dealing with life insurance, investments, and savings.

I’ve always had a passion for being outdoors. There was something about the peacefulness that brought comfort to me. My goal when I moved back home was to spend more time getting to know my roots. To me that meant connecting to my culture and to the land. In the time I’ve been home I’ve done just that. Spent a lot of time out on the land. With the self-taught skills I’ve learnt over the years I decided it was time to start a big project to keep me busy. I built a family cabin with the help of my friends and some family members. I didn’t know much about carpentry but I was willing to learn along the way. I’ve made mistakes and I believe that’s the only way we will learn and grow. 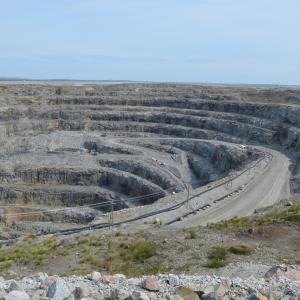 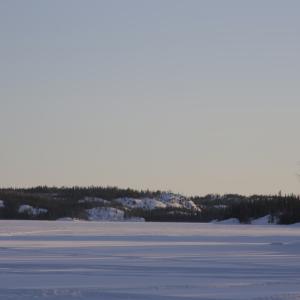 The Land and Water Boards of the Mackenzie Valley (LWBs) have released an updated Engagement and Consultation Policy, emphasizing the importance of… 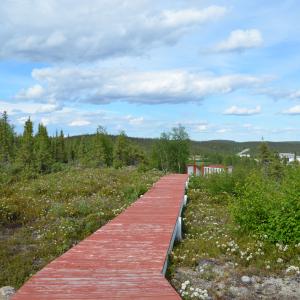 The Mackenzie Valley Land and Water Board is pleased to announce that Dr. Kathleen Racher has accepted an offer to become the next Executive Director…
END_OF_DOCUMENT_TOKEN_TO_BE_REPLACED