The Land and Water Boards of the Mackenzie Valley have undertaken and/or are involved with several projects and initiatives with the intention of enhancing the clarity, consistency, and efficiency of our northern regulatory system. There are several pages dedicated to some of the major initiatives that have been started in recent years and other exciting projects listed under the ‘Resources’ section of the website.

As the Water Strategy states “Water is a critical component of cultural, spiritual, economic, and social well-being for residents of the NWT, particularly Aboriginal peoples. Water stewardship is a responsibility shared by many parties. Aboriginal, territorial and federal governments, regional organizations, communities, environmental non-governmental organizations, co-management boards and agencies, industry and residents all play an important role in ensuring water resources in the NWT remain healthy today and into the future.”

The commitment from the Government of the Northwest Territories (GNWT) and Aboriginal Affairs and Northern Development Canada (AANDC) to develop a made-in-the-North water strategy to guide the use and management of NWT water resources stemmed from:

Multiple gatherings, discussions, and workshops were held with water partners to help determine the key elements that should be included in the NWT Water Stewardship Strategy and how related actions (keys to success) can be effectively implemented across the NWT.

Canada’s North has recently come into the international spotlight due to its resource potential, sovereignty concerns, climate change, and its evolving political systems. A vision for the North has become one of Canada’s most important policy agendas. With this greater focus on Canada’s North, there has also been an increased and often negative attention on its regulatory regime, particularly as it pertains to its ability to support and promote resource development.

The 2005 Report of the Auditor General on Development of Non-Renewable Resources in the Northwest Territories stated that Aboriginal Affairs and Northern Development Canada (AANDC) was not adequately fulfilling its responsibilities for managing non-renewable resource development in the Northwest Territories. The 2005 environmental audit conducted pursuant to Part 6 of the MVRMA provided recommendations for improvement of the implementation of the MVRMA but noted that, overall, the MVRMA was achieving its intended purpose. In May 2008, an AANDC-commissioned report by Mr. Neil McCrank was released. The report, The Road to Improvement –The Review of the Regulatory Systems Across the North (the McCrank Report), included recommendations that he felt could provide for improved regulatory systems. In May 2010, Minister Chuck Strahl, in response to the McCrank Report, announced the Action Plan to improve northern regulatory regimes (the Action Plan). The Action Plan is intended to “ensure that Northern regulatory regimes are more effective, predictable and provide greater certainty to industry, Northerners and all Canadians”. 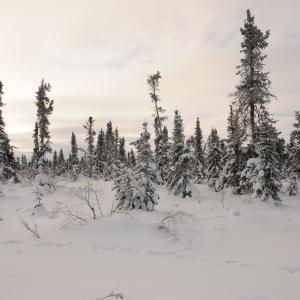 The WLWB is holding a Technical Workshop for Diavik Diamond Mine (DDMI)’s Type A Water Licence Amendment, December 8-10, 2021. The Workshop will be… 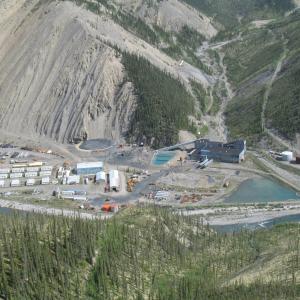 From December 13 to 16, 2021, the MVLWB will be holding a Public Hearing for Canadian Zinc Corporation’s Prairie Creek Mining and Mineral Exploration…
END_OF_DOCUMENT_TOKEN_TO_BE_REPLACED